A CONVERSATION WITH MORGEN BAILEY

My guest is Morgen Bailey. The way it works. I ask a few questions and she supplies the answers.

Welcome my friend - I have to use the old phrase - from across the pond. Tell us about yourself.

You are a virtual idea machine. Where do your ideas originate?

It’s what many budding writers want to know (I did) and one of the most dreaded questions by authors at literature festivals (or so some of them have told me). When asked, many say they get their inspiration from life and that’s certainly true for me.

I can spot patterns in rain-splattered pavements as some people make shapes in cloud formations and ideas spring from those. Spam emails are great for character names – as I type this I’m looking at an Orville Potter, Darnell Kendall, Raymundo Dillard and Bernardo Bullock (and Dominoes Pizza and Pharmacy Express!). Newspapers are rich picking – I have a dozen 80-page display books packed with clippings, enough for my lifetime I reckon. Stories are written about true events all the time but look for the quirky, even uneventful ones, and you could be on to a winner. You could also try ‘weird news websites’; a Google (other good search engines are available) search with those three keywords produces 46 million choices – not just rich pickings but obscenely opulent, I’d say.

I understand you run a workship for your writing group. Tell us about it.

Every other Monday night I run a workshop for my writing group and the exercises I set aim to show them how easy it is to get new ideas. Below are some examples:
· Start a story with “As Jackie picked up the bag…”: Is Jackie male or female? Why is he or she picking up the bag? What’s in the bag? How heavy is it? Is it his / hers? Where is he / she? Baggage claims? Leaving home? From just six words (Ernest Hemingway wrote a whole story in just that – For sale: baby shoes, never worn) the possibilities are endless.

· Keywords: we usually work with four or five (http://creativecopychallenge.com offers 10 each time – I wrote a story for http://storyadaymay.org using one set) and an example four could be ‘sold’, ‘grass’, ‘foot’ and ‘stupid’ which could produce a story about a man who thought it was stupid to have a sold sign on the grass outside a football stadium (my group are allowed to increase the word, in this example from foot to football but not shorten, e.g. football to foot) or perhaps it could produce a story about a drug dealer selling ‘grass’ to an old man who felt stupid buying it but it alleviated the pain in his right foot. :)

· They say that a picture paints a thousand words (or thereabouts) but I reckon it speaks more than that. I often give my group magazine photos of ordinary-looking men and women together with a two-column table: left column a list of headings i.e. name, nickname, nationality, age / job, hair colour, height, favourite music, favourite food, regular saying, relationship, children, siblings, religion, aspirations and quirks – then they fill in the blank right-hand column. Regardless of the length of your story, this is a great way of getting to know your characters.

· Another (maybe simpler) prompt I set (and am given at a monthly writing group I belong to) is a single word. I remember using ‘chicken’ fairly early on in the workshop group’s existence and I wrote a story about some young lads daring one of their group to cross a busy road as part of an initiation ceremony, while one of my fellow writers (hello Niall) wrote a non-fiction piece about a memorable childhood chicken dinner.

Whatever we end up writing, you can almost guarantee that we’ll all come up with different stories. We only have 10-15 minutes for each exercise (then read them out and give some critique back) so they’re more often than not just beginnings (some are complete flash fiction) but there’s then a week to progress one or more of them for the following Monday’s critique session, should they wish (they often do).

The thing to remember is that ideas aren’t copyright. I don’t suppose you’d have any takers if you wrote a novel about a boy wizard called Harry (unless it was fan fiction) but there are supposed to only be seven basic plots (although Philip Pullman told us at the April 2011 Lit Fest that he knew there were eleven but sadly didn’t tell us what they were) so there’s likely little chance of your basic plot not having been covered before. You just need to find new characters, locations, dilemmas and ways of telling the story – your ‘voice’.

Using one's voice is always of primary interest to agents and editors. How do you find your voice?

Some say plot is secondary to voice and characters. What do you think?

Probably the most written about plot is boy meets girl but there’s an obstacle in their way. West Side Story is a re-telling of Romeo & Juliet and it was also a major plotline in the 2011 film ‘Super 8’ (which I’ve literally just seen today – it was great). With the latter, the main character fell in love with his father’s arch enemy’s daughter and were banned from seeing each other, although you know that by the end of the film (story) they’ll end up together – it’s how you write their journey that will grip your readers.

Yep, it's all in the writing. If only we could find the magic formula.

There’s no magic formula. Just ensure that you always have a notebook and pen /pencil (or two in case one runs out / breaks) and look around you; snatches of conversations at the bus stop, what someone is wearing, how they walk, a normal event that you imagine being extraordinary (you may well have heard of the ‘what if’) and most of all, write. By writing we become practiced and that’s what established authors are. They’ve honed their craft like pianists and athletes do – they don’t hoover when they should be playing / running, they prioritise (often with trainer or manager encouragement – imagine your editor waiting for your submissions – mine was for too long but I’ve just sent her an anthology which she’ll no doubt get through in no time and want more which helps me keep the momentum going) and most important of all, they are doing what they love doing. So what if your house is a little untidy or the mantelpiece could do with having a damp cloth run over it? If you set aside a chunk of time for the mundane (mine’s Monday afternoon before my writing group turn up) but also dedicated writing time, if you’re anything like me (I’m the same with dieting) you’ll wonder why you’ve put it off for so long because you get such a thrill from it.

Now where did I put that bar of chocolate?

A big thanks to you Morgen. Lots of good information in your post.
Morgen has a writing-related blog which, she says, "...just to be original, is called Morgen Bailey's Blog. It features a daily author interview, weekly author spotlights, details of fortnightly podcast red pen sessions and text from the older podcast episodes, useful information such as competitions to enter, other recommended websites and much more.

*If you write (any genre, published or otherwise) and would like to be involved in the blog interviews, author spotlights, red pen sessions or would like to provide a guest blog, do email me.
morgen@morgenbailey.com

Posted by Gerrie Ferris Finger at 11:54 AM 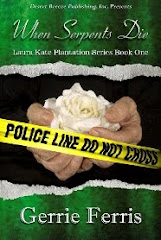 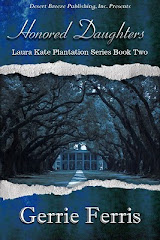 For visiting my blog.